NetherRealm Studios seems to have embarked on a journey, with Mortal Kombat 11, that endeavors to push the story in the forward direction with an intentional aim to ensure that fans of the campaign mode also get their share of the spoils. Having said that, the Krypt mode certainly appears to be a bit of an overreach. As far as our experience with the game is concerned, the game turned out to be quite refined at the beginning which is probably an anomaly in the modern era. We are referring to the sound effects, graphics and the combat system inside the one-on-one mode. The room for making mistakes with a 2.5D fighting game is minimum but the developers have been able to allocate plenty of time to other aspects of the game as well, it would seem.

The latest version of the epic Mortal Kombat features the latest and most bad-ass character to-date, Kronika, the keeper of time. Kronika, after beholding the terrible fate of Shao Kahn and Shinnok, is of the view that Raiden has played havoc with the balance of the EarthRealm. She then begins a journey that aims to set things in the right direction. Kronika, the keeper of time, has the incredible power to play around with time, which has usually been a complicated concept to toy with in video games. Kronika makes an attempt to rewrite history and in doing so, succeeds in bringing multiple variations of characters from different eras into the EarthRealm. The characters include Scropion, Raiden, Johnny Cage and others. The primary campaign should be completed in just about nine hours which can be attributed to AAA titles. Having said that, when it comes to 2.5D fighter games, the emphasis is mostly laid on the combat aspect and the campaign mode comes out to be just what the doctor ordered. It is quite fascinating to come across the fact that Mortal Kombat 11 has been successful on both fronts in the context of all the titles since the 2011 Mortal Kombat have all been able to maintain an intriguing storyline.

The unique thing about Mortal Kombat in contrast to its counterparts, has always been its emphasis on going along with fewer moves but the embellishing animations ensure that each move will your mind away. The pace of the combat is quite slow which tends to give sufficient time to the players to reach out to their opponents. So, the lesser number of moves and slower combat system paves the way for lowering down threshold into the fighting game genre. The system of fatal blows is triggered once the health levels drop to about 30 percent; thereby giving an opportunity to the players to make a comeback into the game when they are nearing dying. A fatal blow takes about 40 percent of the health levels of the opponent, if carried out appropriately, and can even knock them out if their health levels are already dangerously low. Each of the fatal blows comes with its long drawn bloody animation which is certainly an icing on the cake. The Klassic Towers mode lets the players get acquainted with the combat mode as it is quite improbable that you will ever be able to complete the Towers of Time mode. According to the reviews on Steam, the difficulty level is way too high and the complaint has been duly noted by the developers who will be issuing an upgrade to reduce the difficulty level. A player can carry three Konsumables in each fight which with the appropriate blend, renders the combat balanced. The game also recommends certain Konsumables for you which may not be required in all battles so it would be judicious to save them for later use.

There is tons of equipment in the game that can be tweaked for each character once unlocked. Most of this gear can only be found in the Krypt. The Krypt is a preposterous maze of hidden tunnels and puzzles with treasure chests secretly located inside it. Having said that, it is not sufficient to find the chest only. Each chest can be unlocked by earning a certain number of Koins and all chests are not worth the same. The treasures worth 2000 Koins are of virtually no value while the ones worth 8000 Koins contain some useful paraphernalia. As is the case with any game with ridiculous unlocking systems, there are always a few ultra-rare items which require the characters to be jumped through some crazily complicated hoops. A different currency is needed in Mortal Kombat 11. One should solely concentrate on the Heart Fragments and Soul Fragments if you want the best from the Krypt. Once the chests have been unlocked, Koins will again be needed to refresh them so one needs to burn plenty of midnight oil before latching onto something substantial.

There are three different types of currency which have to be earned in order to unlock chests. That seems quite eccentric but it is still harmless as you cannot use real money. Insert Shao Kahn laughter Enter Time Crystals is the ingame currency which can be bought using real money and it lets you have your hands on all sorts of gear in the Krypt. Time Crystals, though, do not let you purchase anything exclusively but it is still nasty to have four currencies to unlock ingame treasures.

The eccentric Krypt system does not make Mortal Kombat 11 a really poor game. The primary aspects of combats are pretty good and quite refined. A player can choose out of 25 characters in the beginning and the storyline is quite intriguing. The slower combat system and the bloody graphics make this video game different from its counterparts. One does have to work really hard to unlock gear and treasures chests but it should not be a turn off. The game is bound to give you plenty of entertainment and let you earn a few koins. But if you are looking to get your hands on the good stuff, then you may have to go through some torrid time a bit. 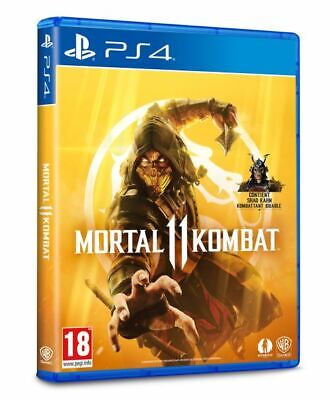 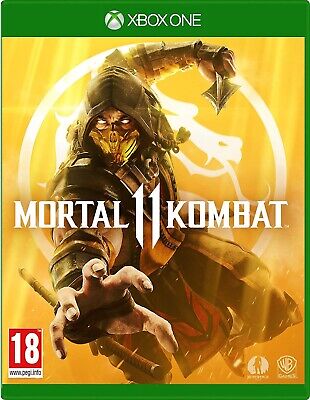