Ryu Ga Gotuku Studio take a valiant stride away from Yakuza as they come up with an immersive and mesmerizing detective thriller alongside introducing tons of novel concepts that have to be expanded in the future!

It always required plenty of valor and strength to make a move away from Yakuza for the Ryu Ga Gotuku Studio. It has been banking on this series for the past 14 years and has developed a longing with its protagonist Kazuma Kiryu. His odyssey, sadly though, has come to an end finally and it is probably the right time to come up with new heroes and introduce the world to the stories related to them.The Japanese release was accompanied with its fair share of drama and controversies which had one of the actor arrested on allegations of cocaine.Judgment, however, is now amidst us with its tweak on the Yakuza formula and a plethora of changes that definitely need to be appreciated.

Takayuki Yagami embarks on a journey that leads him to the dark recesses of the Japanese underworld but an entirely different perspective by the developer on the plot transforms it into a surprisingly pleasant game.Staged in Kamurocho, inspired by Tokyo’s actual red light area, the game revolves around Yagami, a disgraced lawyer who is not bound to the intrigues of Yakuza. At least, not for the time being. It is only a matter of time before things take turn for the worst.Takayuki Yagami is the lead character in the game. He used to be a successful lawyer but fell from grace after a man, he once saved from the gallows, committed another murder; thereby making him lose all the credibility that he had garnered throughout his career. The reality will be revealed as the storyline progresses and with such an intriguing beginning, I found unable to restrain myself from delving deeper into the game.Having sustained a deadly blow to his career as a lawyer, he opts for a new career as a private detective. He is actually a vigilante who does a wide array of odd jobs such as sneaking into Yakuza’s den and even helping out stray cats.

The latter is one of several tasks that need to be accomplished which pave the way for the protagonist to repair his lost reputation amongst the denizens of Kamurocho town.The spectacular localization ensures incredible engagement as the tasks are aptly designed. One of the tasks involves a murderer who has a “It’s always sunny in Philadelphia” reference which goes onto show the amount of hard work put in by SEGA to conjure something that appeals to its western audience while ensuring that the entire thing stays rooted in its Japanese culture. What’s more, this is the developer’s first title with a specially designated English ring to it since the original Yakuza which was a massive success almost a decade and a half ago.

SEGA recognizes the fact that its audience turns to this franchise and its side quests by being intrigued by the Japanese culture and the dual audio options ensure that this expectation remains untarnished. The voice acting across both languages is spectacular, although I played the majority of the game in Japanese.If you have had the opportunity to play Yakuza or any of the games of this franchise, you will find that Judgment has been carved out of the same canvas. To start up with, the town of kamurocho is essentially the same town as that depicted in other games except for a few new stores and buildings that seem to have sprung up in between the alleys.

This can have its benefits as well as a few drawbacks simultaneously. Kamurocho has come across as an essential ingredient of the entire mix throughout the years of evolution of this franchise but on the other hand, I would have appreciated Judgment to have been staged in a new city or perhaps a new area of Tokyo adapted to comply with the video game’s storyline. Having said that, the storyline and the gameplay throughout the game are quite different from that of the other prequels and sequels. As a matter of fact, I happened to walk through a district with which I have become so acquainted that I could navigate myself through it with closed eyes. This is perhaps an evidence of my own appreciation for the game but I believe that it is probably time for Ryu Ga Gotoku to move away from Kamurocho or introduce it in a manner that it takes the most avid of fans of the game by a pleasant surprise.However, Judgment manages to play out pretty cool in terms of its environment, unleashing building interiors in an unprecedented manner.

You will encounter numerous tasks in which you will have to navigate through multistoried buildings, each one presenting different objectives that may make you go into a stealth mode or pick locks in order to make your way through to the adjacent buildings. Yagami is not Yakuza and of course, his presence around them is at once considered suspicious. Having said that, it transpires that it is quite easy to hoodwink them.When you are not infiltrating through offices and forsaken warehouses, you will be indulged in combats with enemies using two styles: Crane and Tiger.

The first style involves tons of stunts that let Yagami attack multiple opponents at the same time as he rebounds off walls in an athletic manner. In the Tiger style of combat, you will have your protagonist taken on opponents in single combats employ powerful, hand-to-hand fights.There are myriad upgrade to bolster both the combat styles which are essential to ensuring that you endure through the complicated scenarios posed before you. As Yagami wanders through the alleys, he is confronted by groups of three thugs, so a few hand-to-hand fights should be enough to get them apprehended. Boss encounters, however, pose a bigger challenge and require you to be skillful enough to dodge them and use intelligent tactics to win the battles.

Two combat styles is surely a great luxury that lets me tweak and tinker without ever becoming all-consuming. Yagami is the only lead character in the game and as he becomes more and more adroit, combat skills and personality are decently paced. I still yearn that battles were geared to taking better advantage of all my tricks, since battles are over too quickly to my liking more often than not. You hire side characters by overcoming optional quests, but they require you to fight in particular locations, with the need to attain a sweet spot which may not be reached all that often. Similar to Yakuza, the climaxes of the game are all-consuming. Boss combats are integrated with an air of sensational uniqueness extracted right out of a Japanese drama and it is weaved seamlessly into the all encompassing storyline. There can be quite a bit of confusion as you jump from the main storyline to the side quests: with a secretive murder inquiry making way into drone races or even virtual reality playground stuff. But it all binds the game together into a lovely mix and sets the game alight with offering plenty of proposition to look forward to the seasoned fans.

With all great attributes, it really is disappointing to let you know that Judgment is not all the more great. The night views are wonderful with neon lit street signs reflected into water puddles below. It is sufficient to provide an air of metropolitan life as I drifted between the streets, overpowering enemies and striding into entertaining sessions of Space Harrier at CLUB SEGA. It is all quite magnificent throughout this and the related story missions. Having said that, when it comes to daylight missions, things change as flimsy pop-in and draw distances turn out to be frustrating. With the next generation gaming console just around the corner, we are optimistic that Ryu Ga Gotoku Studio’s newly adopted game engine reaps dividends from PS5. Presently, it seems that PS4 is way behind when it comes to PC releases.

Ryu Ga Gotuku Studio take a valiant stride away from Yakuza as they come up with an immersive and mesmerizing detective thriller alongside introducing tons of novel concepts that have to be expanded in the future!
Takayuki Yagami is an attractive protagonist, alongwith a formidable supporting cast, push the story along to its enthralling ending. However, Kamurocho is aging as a location and I am afraid there will be numerous gamers out there who harbor similar feelings about the town’s excessively familiar design and all enduring stream of Yakuza.
On the whole, Judgment offers plenty of entertainment and if SEGA continues to innovate in this manner, we are in for a life of our times. 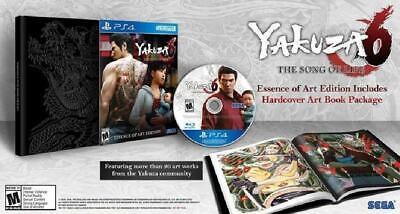 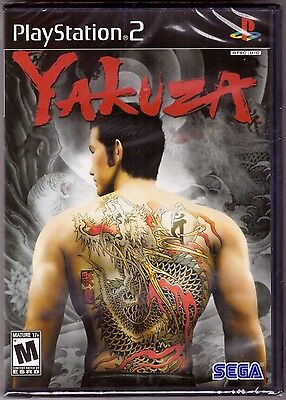 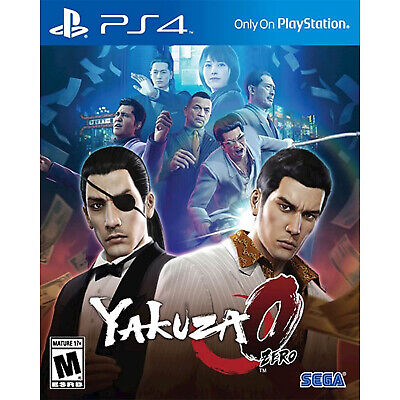 Yakuza 6 The Song of Life Essence of Art Edition for Playstation 4 PS4 Brand New
$24.95
out of stock
Buy Now